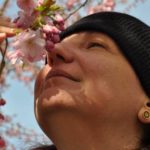 He rose on his thin short legs, casting a regretful look at the bed.‘If things continue to be that bad, I’ll have to eat it tomorrow,’ Halftail said to himself, shuddering by the thought of the unpleasant taste of pumpkin rind.

He trudged over to the jar with the jumpers, fished out and crushed a pawful of them expertly. Then he carried the already dead insects to the clock’s cage where he tossed them on the plate inside. The clock, wings flapping happily, began gulping them down. And in a day or two, after I run out of jumpers, I’ll be forced to eat the clock too.

The clock finished its jumpers and sunk back into sleep even happier. Until the next day when, at exactly six hundred and forty five o’clock, hunger would wake it up, and the clock would call Halftail for its next feeding.

‘Does the clock dream of eating whole scores of jumpers?’ Halftail wondered, putting on his new beer cap shoes. His paws clink-clanked in the narrow passageway leading towards the exit of his burrow.

When he got out, the red sun had already risen halfway, covering a quarter of the sky.

‘Scientists say one day the Sun’s going to die out,’ Halftail said to himself, walking along the bare soil covered in countless rounded marks.‘Unfortunately we, the rats, wouldn’t exist then. Because we would’ve eaten everything edible. The tomatoes would still exist, though. They would’ve survived because they eat only sun rays. My sole consolation is that then they’d go extinct too. They also wouldn’t have anything to eat.’

He didn’t like tomatoes at all. Tomatoes, in return, had the same feelings for his race. Which was understandable.

They’ll never forget the old quarrel, Halftail thought. And why? Because we’re not in any recipe in The Book of Evil.

‘The Freaks never ate you,’ the tomatoes said. ‘They ate us, they ate clocks, creepers, and swimmers. Only you were not part of their diet. Therefore, in ancient times, before heading for the stars, the Freaks have been in alliance with you. Which is very disturbing. Maybe in one of our next archaeological digs we’ll determine you’ve also fed on tomatoes.’

Halftail shivered. Only creatures as stupid as the tomatoes could have thought of something like this. No, despite the times of famine which had befallen all of them, and although the rats were almost omnivorous, they didn’t eat everything. It was just that… some things were too nasty to eat. Rats didn’t eat their own excrements. They ate neither tomatoes, nor tomato corpses. Ew, how disgusting.

Although… If it wasn’t for the lethal blood plasma the tomatoes had the habit of firing at the rats, Halftail… No, he wouldn’t eat a tomato, but he would kill one. He would gnaw through its equator, and he would kill it with pleasure. And then he’d go to the nearest spring and wash his snout for hours…

After a while, he came out from the narrow gorge into a vast field studded with tomato tree stems. This was the place where the little tomatoes grew up, before they tore themselves off and started rolling overground.

It was the beginning of another endless day which Halftail would spend searching for food. The rat sighed, turned his back on the field, set out for the gravel strewn wilderness. Naturally, among the tomato trees he wouldn’t find anything to eat.

After many hours of searching, while upturning yet another heap of rocks, he noticed a movement from the corner of his eye. Halftail raised his head and saw a huge tomato watching him arrogantly.

‘What do we have here?’ came the sound from the tomato’s vibrating peel. ‘A greylie. Who told you you’re allowed to pass through my estates, greylie? You’re on private property.’

Halftail bared his teeth when the tomato suddenly rolled forward. A moment later, Halftail realized, when the tomato’s equator touched the stones, its stalk would be positioned right under his face, ready to fire its lethal dose of blood plasma. So the rat stepped back a little, bowing his head humbly. He said:

‘Excuse me, sir. I didn’t know it was your property, sir. I’ll leave right away.’

The tomato stopped its rolling and made a small half-turn backwards.

‘Please do,’ it said. ‘Later today, I’ll drop by this area again. If I catch you one more time, you’re overdone.’

‘What?’ Halftail blinked. ‘Didn’t get that idiom.’

‘It’s from the ancient texts,’ the tomato explained proudly. ‘The Freaks would say it when they planned on chopping someone to small pieces.’

‘Ah…’ Halftail made another step back, then turned and scampered away as fast as he could.

‘If I see you again here, it would be Salad Day for you!’ the tomato shouted after him.

Halftail kept running until he entered a narrow ravine. It took him a while to remember he had already been here, and that the ravine was a dead end. So sooner or later he had to go back, through the rocky field, across the tomato’s estate.

“It’s alright,” Halftail thought. “I’ll think this through later. There’s a lot of time till sunset. I’ll search the ravine again. I may have missed something the first time around.”

Many hours later, already getting despaired, his stomach sounding like an injured clock, Halftail decided it was about time to go back. It was then when his fortune laughed at him, as the well-read tomatoes used to say.

There was something showing up between two stones. And it was… No, it couldn’t be! He started digging up frantically and shortly after he pulled out a flat object which nearly crumbled in his paws.

It was a book!

“This is impossible,” Halftail thought. “It’s a miracle! No book could’ve survived for that long in such place.”

Indeed, the small number of books found by the tomatoes until now as a rule were discovered in special strongboxes in the cities of the Freaks.

After he gave it some thought, Halftail finally decided that the book had been wrapped in something which in time had disintegrated, and that was how the book had actually ended up here.

Meanwhile, the book was getting damp by the streaks of saliva dripping down Halftail’s snout. He sighed sweetly and prepared to take a bite from it.

And that’s when he saw the title.

WOOD FOR CELLULOSE
Issued by the Bulgarian Academy of Sciences

Not knowing why he was doing it, Halftail opened the book, placed it upon the ground, settled down comfortably, and started reading.

He read until late this evening, when the last piece of the sun finally hid behind the rocky slopes.

He spend the night in the open, curled on top of the book, and at the morning next, immediately after dawn, he continued reading, now and then having a little snack of the pages he had already read.

Later in the afternoon he got up, tucked the book under his arm, and started for the exit of the ravine.

When he reached the field with the tomato trees, he noticed the glaring red torso of his enemy. The tomato awaited him, smiling at him maliciously. Halftail stepped closer without any fear.

‘I thought I told you not to come back, greylie,’ the tomato peel vibrated.

‘I am terribly sorry, sir,’ the rat said, ‘but if I am not mistaken you collect these things. That’s the reason I allowed myself the liberty of bringing it to you.’

He laid the book on the ground and stepped back.

The tomato looked at him, surprised. It extended a pseudopod out of its equator and took the book with it.

‘Very commendable, ratty,’ the tomato said. ‘You deserve mercy. Although… The rats never bring us any books. They eat them, as they eat everything they could find. What made you stand against your nature?’

Without saying a word, Halftail turned his back at it and walked towards the tomato trees. When he entered deep enough within the grove, far enough from the tomato’s blood plasma, he turned again and said:

‘I brought you the book for comfort. So you don’t grieve that much when you find out our race is going to outlive yours.’

The rat stepped closer to the nearest tree and dug his teeth into its bark. At first, the taste felt strange, but gradually he began to like it.

From the edge of the tomato grove came an infuriated cry, and then, not far from Halftail, something cracked. A stream of blood plasma. Followed by another one, and another. Each one weaker than the previous.

Finally, silence descended. There was only the crunching sound from Halftail’s teeth.

Translated from the Bulgarian by Petar Toushkov